My first DSLR camera was a Canon 50D (2010). The camera produced great images, a lot of cool features, it was also built as a brick. I sold the camera because my wife bought me a Canon T2i because I was majoring in Film. Same specs for the most part compared to the 50D. Not as bulky but still would weigh on you after a carrying it around for a few hours.

A few years later, I upgraded my camera, looking for the best of both worlds in finding a camera that could produce high quality video as well as inphotos. So I bit the bullet and invested heavily into the Sony A7s (along with all the accessories, lenses, metabones adapter, movCam cage, etc). I really liked the camera and the features were a massive upgrade from my T2i (read my previous blog on “Less is More”).

Freelance video projects were slowing down and all I was working on was my street photography before I clocked into work. I told myself that spending $4,000 plus dollars to just take photos of strangers in public was not a smart financial move.

My friend recommended that I look into an Olympus camera. They’re much more afforable, the lenses are much cheaper as well. Their cameras are a lot lighter and compact, some of the cameras have a retro look (like the OMD-EM5ii, which I own). I sold all my Sony gear with the accessories to a friend, got in contact with someone on craigslist who was selling their olympus camera and a 25mm 1.8 lens (equivalent to 50mm) for just one fourth of my camera budget and I’ve been shooting with the same set up (sold the 25mm, only shoot with 17mm lens) for the past 2 years, and I love it. 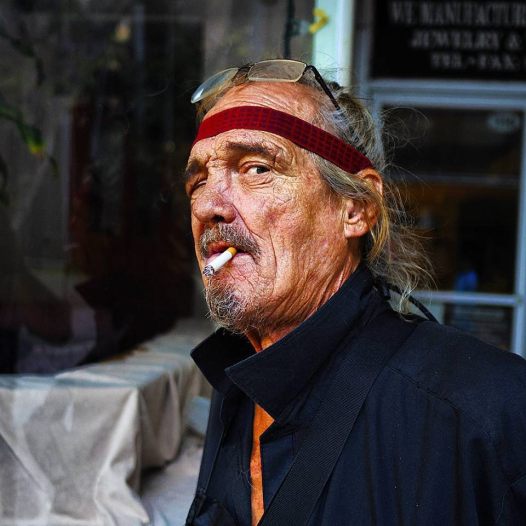 First off, I don’t get paid by any camera company nor am I sponsored (maybe one day =]). I think any small compact camera makes it feel liberating when taking photos. Especially if its a point and shoot camera, no lenses to worry about. Less stress about focal length and don’t have to lug around different lenses and multiple camera bodies. The Olympus m5ii did just that for me, it allowed me to just focus on what’s important…and that is photographing what’s in front of you, catching the surreal, comical, interesting, strange moments without all the hassle of megapixels, lenses, and being Captain Obvious by letting everyone conspire that I’m part of the Hollywood paparazzi crew with my giant DSLR setup.

If you feel this way with your canon, Nikon, or any camera, I would recommend to try them all out before investing a good chunk of change into one system. I would prioritize the ergonomics of the camera and how it feels in your hand when you’re out shooting than putting specs and megapixels as the top priority. More pixels, more problems.

Plus now a days, you don’t need all those pixels unless you print your work. But if you just shoot and upload onto the internet, with most people viewing your photos on their smartphone, a full frame camera is overkill. Heck, an Iphone or Samsung is more than good enough.

Ask yourself, what am I going to do with this camera. How am I using this. Is it for work, for fun, for real estate shots, am I shooting sports, people in public settings, weddings…

I also love the color rendition that comes out of my Olympus M5ii than my previous camera bodies. It’s more richer and with more contrast which I prefer to have on my images.

Cameras and other technology are very accessible now. you don’t need a high end camera to make good photos. In any subject of photography not just in street/candid photography, you’ll need to recognize and anticipate a moment. And that will come with time and experience. If you have a 20 megapixel camera and want to upgrade to a 42 megapixel camera, that won’t improve your eye or improve your instincts when you go out and shoot on the street, or in the field for a wedding or sporting event.

Thanks for reading. Keep shooting!

For more insights on digital cameras & DSLR’s visit the resources below!