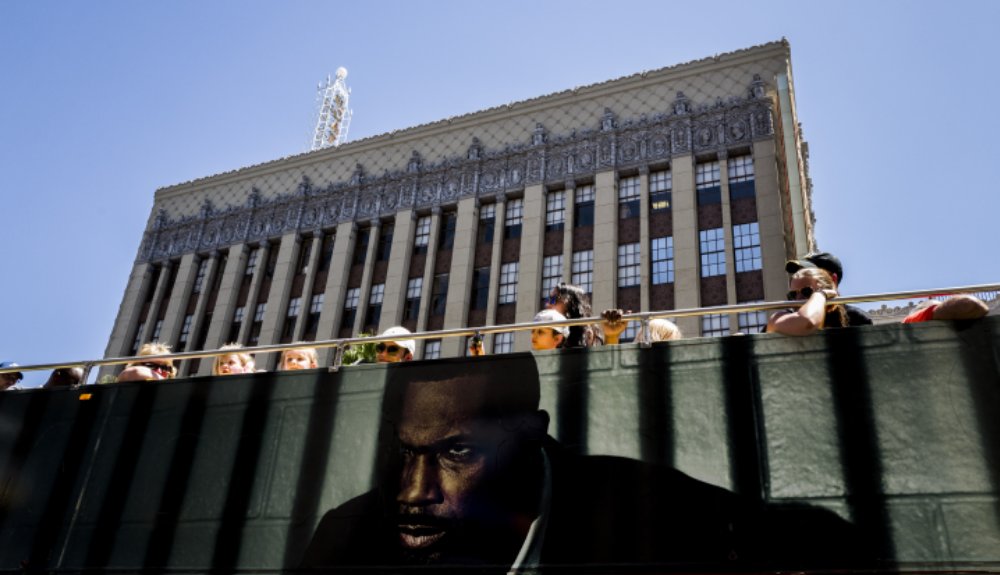 This past week I was fortunate to spend 3 days in LA for the Jesse Marlow & Aaron Berger Leica workshop.

Two very different styles and approaches to street photography, Jesse’s work in color, shapes, visualization, and leading lines, while Aaron’s work with “people happening”, character driven, action in the streets approach was great to watch and learn as well. They also reiterated that there are no rules in street photography, which I thought was great to echoe because a lot of the students were new to this and it’s also great for me to hear because often times I put these barriers up that a photo should be this or look like that or have such and such… 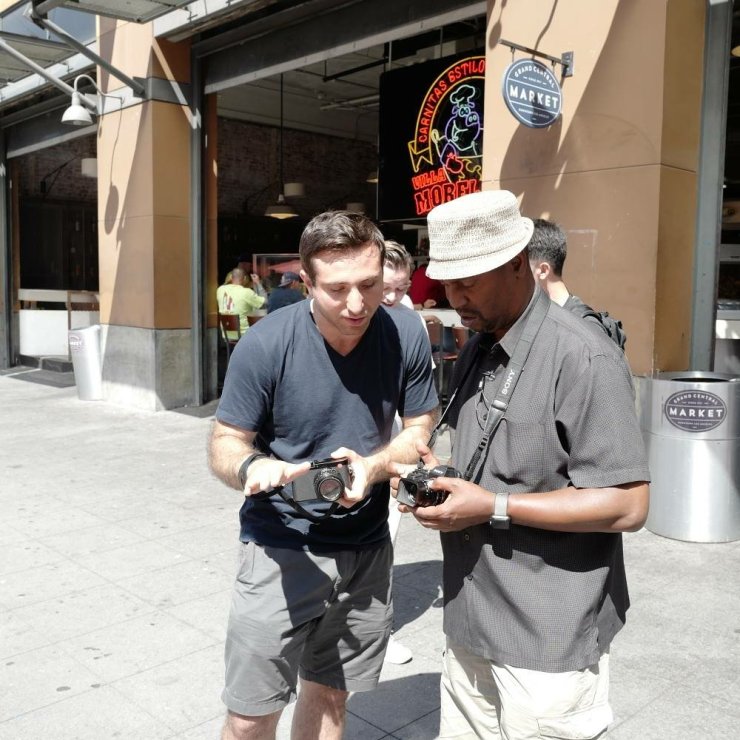 Aaron is the slickest photographer I’ve ever seen work…he slitters like a snake, through and in-between people and no one ever does notice that he’s making a picture of them. He has it down like clockwork, it’s quite awesome to witness in person. We were out in the LA area for close to 10 hours of shooting. Aaron has a lot of energy and is relentless, his approach to shooting the streets is hitting it up everyday for hours and be on full offensive attack. I admire that of Aaron.

He also anticipates the shot coming from 30 feet away. While walking through a crowd down Hollywood Blvd, he’s not scanning through the crowd that’s five or ten feet from him, he’s looking at twenty five, thirty feet away and visualizing if there’s an opportunity to pair up couples or notice if there’s potentially anything interesting may come about. Learning about dead space and how heads sticking out of other people’s heads in a photo can make or break your images.

I think we all can learn from Aaron by pushing ourselves daily. Go out and make those opportunities happen. Don’t just sit around and expect things to come at you, go out and grab life by the throat. Find what works for you, what visually intrigues you, and get it.

Jesse Marlow is great at recognizing a scene and shooting the scene until it dissolves or until he no longer cannot. I shot with Jesse for most of the day and learned a lot from him, about challenging yourself, finding your unique style and sticking with it, and not giving a shit what others think…if you like the photo, defend it, fight for it.

Jesse has more of a calculated approach I would say. Recognize a scene that’s simple and shoot many times of it, go low, go high, get close, take a step back…be patient, as some of the best photos just unfold itself right in front of you. Drop the f-stop to darken a particular area in the frame to isolate your subject. Look for vibrant color, shadows, leading lines and geometry and be creative with it. Avoid the cliche’s and instead think outside the box. Ultimately don’t worry about awards and prizes, remind yourself to shoot for yourself and because you enjoy doing it. Things will fall into place.

Even if your photo does have a story or drama within the frame, something within the image that doesn’t support the photo can turn it into a bad photo. If a shadow or a giant tree is in the frame and doesn’t add to the narrative then it really loses it soul. It’ll draws people attention away from the main focus.

Bring your camera everywhere. Jesse is the opposite of Aaron, he doesn’t allocate time each day and go out and shoot. Rather Jesse just brings his camera wherever with him. This allows more free time with his family and also doesn’t add any pressure or disappointments to photography. If he see’s something while he’s driving or on his way to the grocery, he’ll have his camera ready and loaded. But if he didn’t capture anything while on the road or on errands then no big deal. There’s no expectations and I think we all can learn from Jesse’s approach. 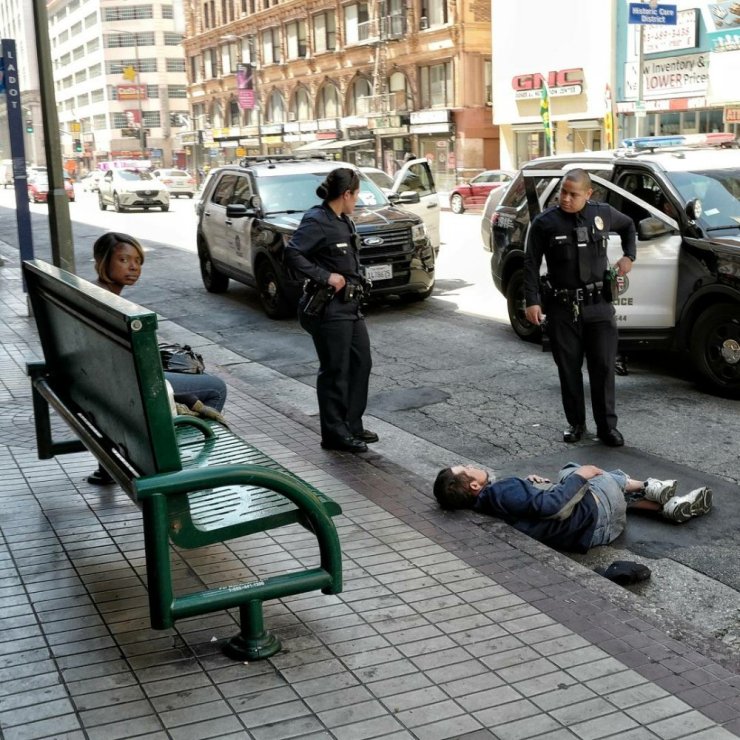 I highly recommend beginners or advance street photographers to learn from both Jesse and Aaron. Even if your style or what you’d like to be your style is opposite from either one of them, it’s great to learn and absorb new techniques and knowledge. Watch and hear what makes a photograph work out on the field and in the classroom.

I want to thank the class, Aaron, Jesse, Tom Smith of Leica Akadmie North America, my family for allowing me to go on this adventure, and the staff at Leica LA for an awesome experience.